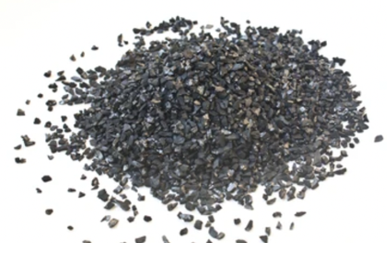 Carbon residue is a measure of the amount of coke residue left when a hydrocarbon stream is completely distilled. Quantitatively, the test measures the amount of carbonaceous residue remaining after the oil's evaporation and pyrolysis. And the more content of organic compounds of sulfur, oxygen, and nitrogen, the higher carbon residue is.

In the Ramsbottom carbon residue test, the sample is weighed into a glass bulb that has a capillary opening and is placed into a furnace. The volatile matter is distilled from the bulb and the non-volatile matter that remains in the bulb cracks to form thermal coke. After a specified heating period, the bulb is removed from the bath, cooled in a desiccator, and weighed to report the residue (Ramsbottom carbon residue) as a percentage of the original sample.

In the Conradson carbon residue test, a quantity of sample is weighed, placed in a crucible, and subjected to destructive distillation. During a fixed period of severe heating, the residue undergoes cracking and coking reactions. At the termination of the heating period, the crucible containing the carbonaceous residue is cooled in a desiccator and weighed. The residue remaining is calculated as a percentage of the original sample and reported as Conradson carbon residue.

In the microcarbon residue test, a weighed quantity of the sample placed in a glass vial is heated to 500°C under an inert (nitrogen) atmosphere in a controlled manner for a specific time and the carbonaceous residue (carbon residue (micro)) is reported as a percent of the original sample.

The chemists at Alfa Chemistry have extensive experience in the testing of chemical substances. We are committed to carbon residue testing, in strict accordance with ASTM D189, ASTM D524, ASTM D4530, DIN 1551, ISO 10370, ISO 6615 and other standards. Please feel free to contact us for more details.